I don’t know who Bo Wagner is, but he’s got it right in his recent article. For instance:

When I was a young boy I heard a great many preachers, almost all of them white. Some of them were solid, Biblical men. Some, though, were unabashedly racist. They taught that black people were inferior and even inherently wicked because of the color of their skin. They even went so far as to say that there was no use even taking them the gospel, because God could never change them. Now at fifty years of age I awaken to find that the exact same racist heresy is still very much alive and well, only with white substituted for black. That isn’t progress; it is wickedness. And as to the preachers saying it, if they simply stood and said “I am a racist,” I would not have an issue with them; they know themselves better than anyone. But they invariably quickly move away from “I” to “we” and then settle in for the long term at “you.” If that were not, in fact, the real focus, then the pastor would simply resign without even finishing the message and thereby immediately eliminate the self-identified “problem.”

Now, if you aren’t a Christian, then you can treat this as arguing about fairy tales. However, if you are a Christian who truly believes in the Bible and that Jesus is Lord, you don’t get to hold “woke” beliefs that contradict Scripture or the Savior. “Well-meaning racism is still heresy…”

You should read the whole thing, including it’s clear, consistent condemnation of racism: 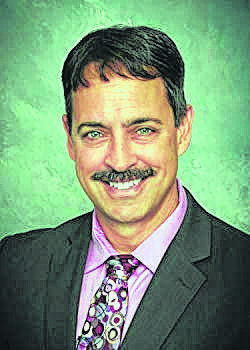 Bo Wagner | A shiny new package for the old heresy of racism | Richmond County Daily Journal
Coming as it was from one of the most well known pastors in the world, I could not have been more disappointed with what I was listening to. To actually hear the (no doubt very well-meaning) words “As…