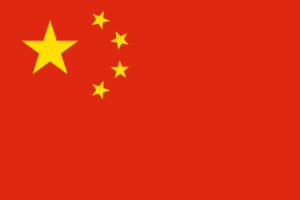 I’m not generally a fan of CAIR, but this letter from them to the NBA about the NBA’s activities in China hits all the right notes. Additionally, I am pretty much against all modern comparisons to Nazis, but this is an accurate one:

China’s anti-Muslim policies, acts of cultural erasure, forced serialization and abortion, and system of concentration camps meet the United Nation’s definition of ethnic cleansing, if not genocide. Any continued presence that the NBA maintains in China effectively normalizes these crimes against humanity.

The NBA continuing to operate in China under these circumstances would be akin to operating in Germany during the 1930s as the Nazi regime began to round up its Jewish citizens prior to the start of the Holocaust.

Now, it’s easy for individuals like me to judge a large corporation when they ignore human rights abuses (often hypocritically). An important question for you and me is what we should do. If we want the NBA to give up millions upon millions of dollars, are we willing to give up saving money by getting our electronic toys, clothing, etc. from China?

Would you give up your iPhone for the Uighurs?

I also know that, in the end, those that suffer from boycotts are the “little people,” who are often just trying to survive.

Regardless, in this case, I think CAIR’s Nazi comparison is spot on. The NBA needs to pull out if China leadership will not change direction. Actually, all they need to do is speak up, and the CCP will take care of it for them.

Chinese Flag from Pixabay and NBA logo from 1000Logos