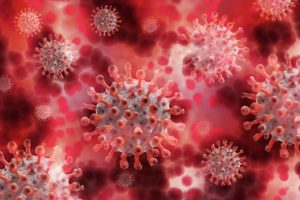 So, if you had to put down $100 and either choose that COVID-19 jumped from another species to humans or it came from a lab, which hypothesis would you put your money on? You must choose door number one or door number two (there is no door number three in this mixed metaphor).

My guess is that if you thoroughly and honestly look at the available evidence, you would go the route of John Stewart:

‘They Are Going To Kill Us All’: Jon Stewart Puts Stephen Colbert On His Heels With Unmitigated Rant About COVID-19 Leaking Out Of Lab
WHO Jon Stewart relentlessly mocked anyone who doesn't believe the coronavirus was created in a lab while on the The Late Show with Stephen Colbert Monday night.

Do we have proof that it came from a Chinese lab? No, and given what the Chinese Communist Party (CCP) has done to prevent transparency, we’ll probably never have it. However, that behavior itself is additional evidence that points to a lab leak.

Was it an intentional leak? Well, given what the CCP has shown a willingness to do (e.g. Tiananmen Square and their treatment of Uyghurs), I don’t think that possibility can be 100% rejected. However, I believe it unlikely, although that doesn’t excuse their behavior during the pandemic, whichever way the disease got into this world.

My take is that the most likely explanation is that it was a lab leak and that, short of the CCP actually allowing a thorough investigation that shows otherwise, it should be treated on the world stage that way. “Innocent until proven guilty” is for the American court system, not geopolitics with bad actors.

Final note: Of course, even if my gut is right, America doesn’t come out clean in all this. We partially financed the research that probably led to the death of millions around the globe.

Image by Gerd Altmann from Pixabay.

No, Jon Stewart’s Wuhan lab tirade is not ‘fringe’ opinion - The Spectator World
We all know that Jon Stewart would never have dared voice the Wuhan lab leak theory, which he now regards as obvious, on television last year