Given this article, I am more scientific than Scientific American: 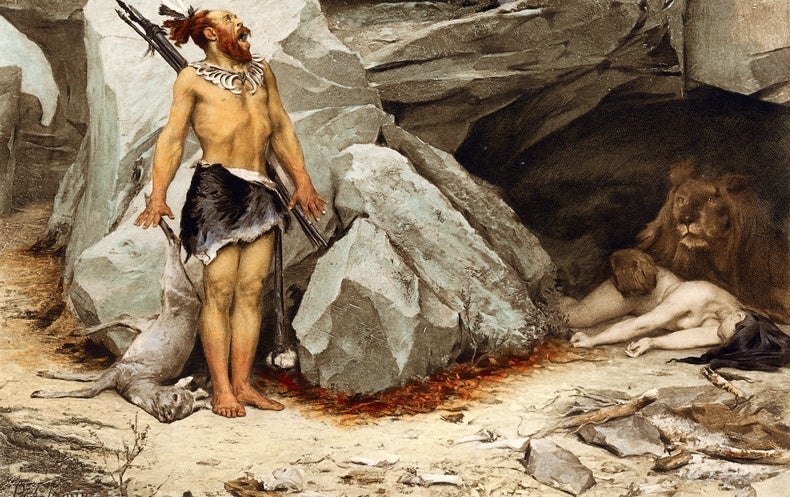 Denial of Evolution Is a Form of White Supremacy
As museums reopen let’s introduce ourselves, and our children, to the original Black ancestors of all human beings

Allison Hopper damns creationism. It’s not that people have an honest, religious belief. Instead…

I want to unmask the lie that evolution denial is about religion and recognize that at its core, it is a form of white supremacy that perpetuates segregation and violence against Black bodies.

At it’s core, Christian religion is about Jesus, nothing more, nothing less.

At the heart of white evangelical creationism is the mythology of an unbroken white lineage that stretches back to a light-skinned Adam and Eve. In literal interpretations of the Christian Bible, white skin was created in God’s image. Dark skin has a different, more problematic origin. As the biblical story goes, the curse or mark of Cain for killing his brother was a darkening of his descendants’ skin. Historically, many congregations in the U.S. pointed to this story of Cain as evidence that Black skin was created as a punishment.

Well, traditional Christians do believe we all have an “unbroken…lineage that stretches back to…Adam and Eve,” but nothing else even close to what she suggests. Other than Mormons, who do not fit the definition of “traditional Christians,” I know of no major “flavor” of Christianity that teaches being black is the mark of Cain. Additionally, even though we may paint Jesus, Adam and Eve, etc. as white, I’ve never, ever, ever heard anyone say that “white skin was created in God’s image.”

(As an aside, was it (is it) wrong for white people to paint a white first couple? Throughout history, how have Asian people pictured folks in their folklore?  Black Africans? Others? It’s not racism, it’s being normal humans.)

What color were Adam and Eve? Well, if you don’t believe in them, you cannot use evolutionary evidence to prove they were black. Having said that, I f I had to lay down $100, I’d guess they were dark skinned, but…

It doesn’t matter what color Adam and Eve were. You, me, and everyone else alive (and who have ever lived) have them as our first ancestors regardless of their skin color, which is all the more reason to reject attempts to further tribalize us. We are all family.

If all you have is a hammer, everything will be a nail. Mentally, philosophically, and intellectually, have more than a hammer, ‘cause not everything is a nail.

BTW, Scientific American, this does not let you off the hook for allowing such an unscientific post:

This is an opinion and analysis article; the views expressed by the author or authors are not necessarily those of Scientific American.

In the end, Christian creationists also believe this:

There is neither Jew nor Gentile, neither slave nor free, nor is there male and female, for you are all one in Christ Jesus (Galatians 3:28, New International Version).

Allison, if you read this…my prayer is that you find Jesus (who, yes, was dark-skinned). I stand with you in that truth matters (e.g. if anyone claims Adam and Eve are white, they are positing something they cannot prove), but there is spiritual truth too and I hope you and I will have an eternity together to discuss it.

Allison Hopper is a filmmaker and designer with a master’s degree in educational design from New York University. Early in her career, she worked on PBS documentaries. More recently, she’s been creating content for young people on the topic of evolution. She has presented on evolution at the Big History Conference in Amsterdam and Chautauqua, among other places. Learn more about Allison and her projects at http://www.spiralzoom.com/. She recently completed a short animation titled Evolution and YOU!