Note: This post appears to have been stuck in draft mode…not sure when I originally composed it.

The article below is worth a read. Mentally, I think we tie “religion” to systems of belief hinging on the supernatural, but the Merriam-Webster definition shows it is far more inclusive: 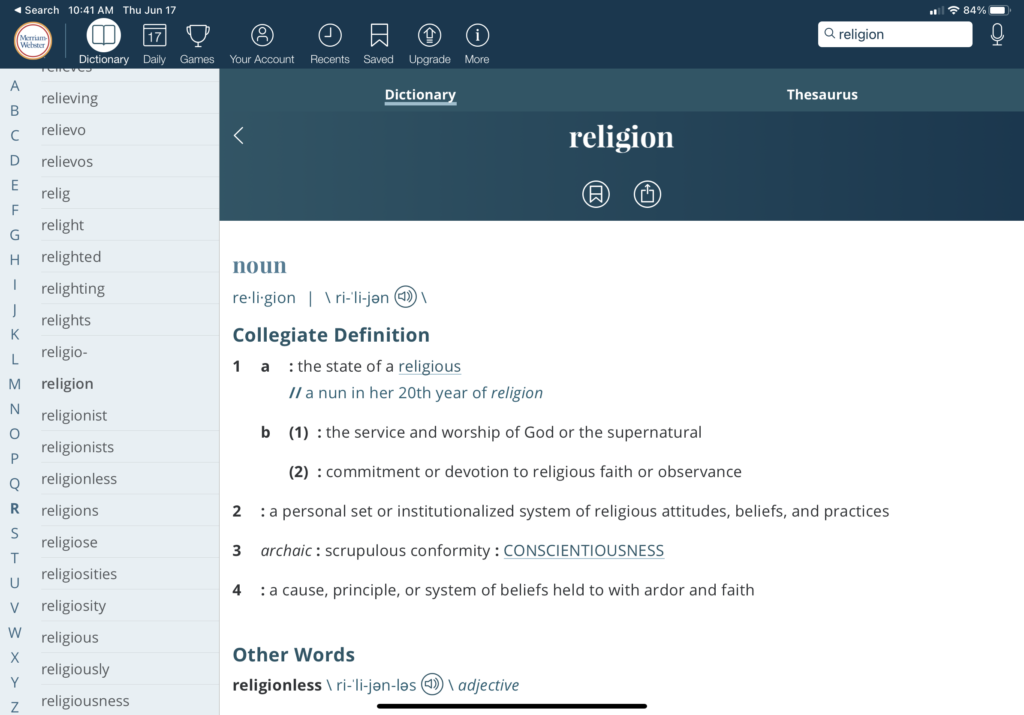 “a cause, principle, or system of beliefs held to with ardor and faith.”

Your “religion” might not be supernatural…nor may it be politics as Leighton Akira Woodhouse discusses below…but I would suggest you almost definitely have a “system of beliefs held to with ardor and faith.” Woodhouse discussed how previously politics brought people together in compromise, but the religion of politics does just the opposite.

Final comment (of my own): Worldviews that accept the supernatural are just as worthy of being in the public square as those that reject it. Let each make its case for each issue at hand and trust people to make a decision. Blind dogmatism and ideology are the issue, not a belief in there being more than what our five senses can measure.

”Trust in science” is a religious statement, not a scientific one. True science doesn’t trust anything. 🙂

Fanatics
Politics has become a religion.

P.S. Lest it come off otherwise, I trust science (or, rather, the scientific method), since it fully recognizes its limitations and encourages questioning, refining, etc. What I don’t trust are scientists, who are no more perfect than the rest of us humans.